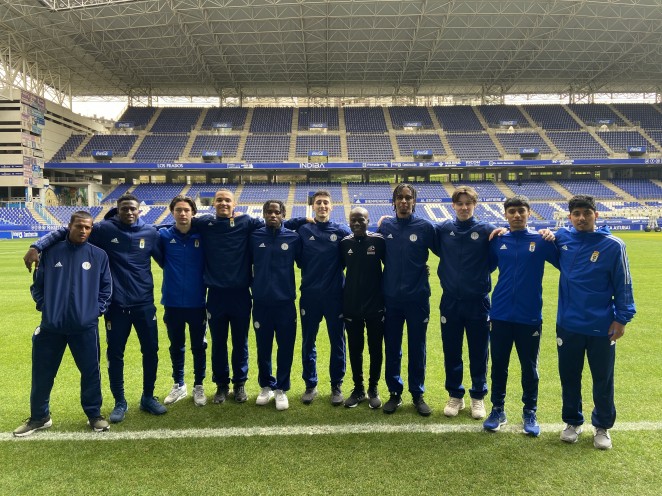 The activity is not easing up for our International Department, with yet another project now underway with the aim of continuing to grow and export the Real Oviedo brand and academy methodology around the world.
Toronto's Roberts Canada Soccer Academy, led by Managing Director Eddie Roberts, landed in Oviedo this weekend. The players are here to take part in a 15-day try-out experience, as part of the club's international development program.
As part of a collaboration with sports consultants thefutbol.office, 5 players from the prestigious North American academy will train at Tensi and take part in friendly matches against local clubs, allowing them to be evaluated by Real Oviedo coaches.
The five players visited the Carlos Tartiere this Tuesday, accompanied by three further Canadian youngsters who have been training and studying with the club's International Department project throughout the season. 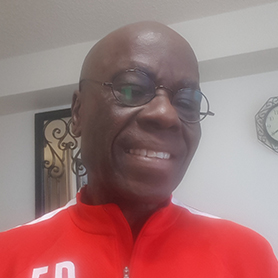 Eddie Roberts, our Founder/CEO, believes that in order to produce quality world-class players in Canada, we must focus first on developing our players mentally and teach them soccer intelligence. Mr. Roberts has over 30-years experience in grassroots community soccer management and coaching in Canada and Africa. He played as semi-professional in the Nigerian Premier Football League in his youth and Captained the York University Soccer Team in Toronto, Canada.